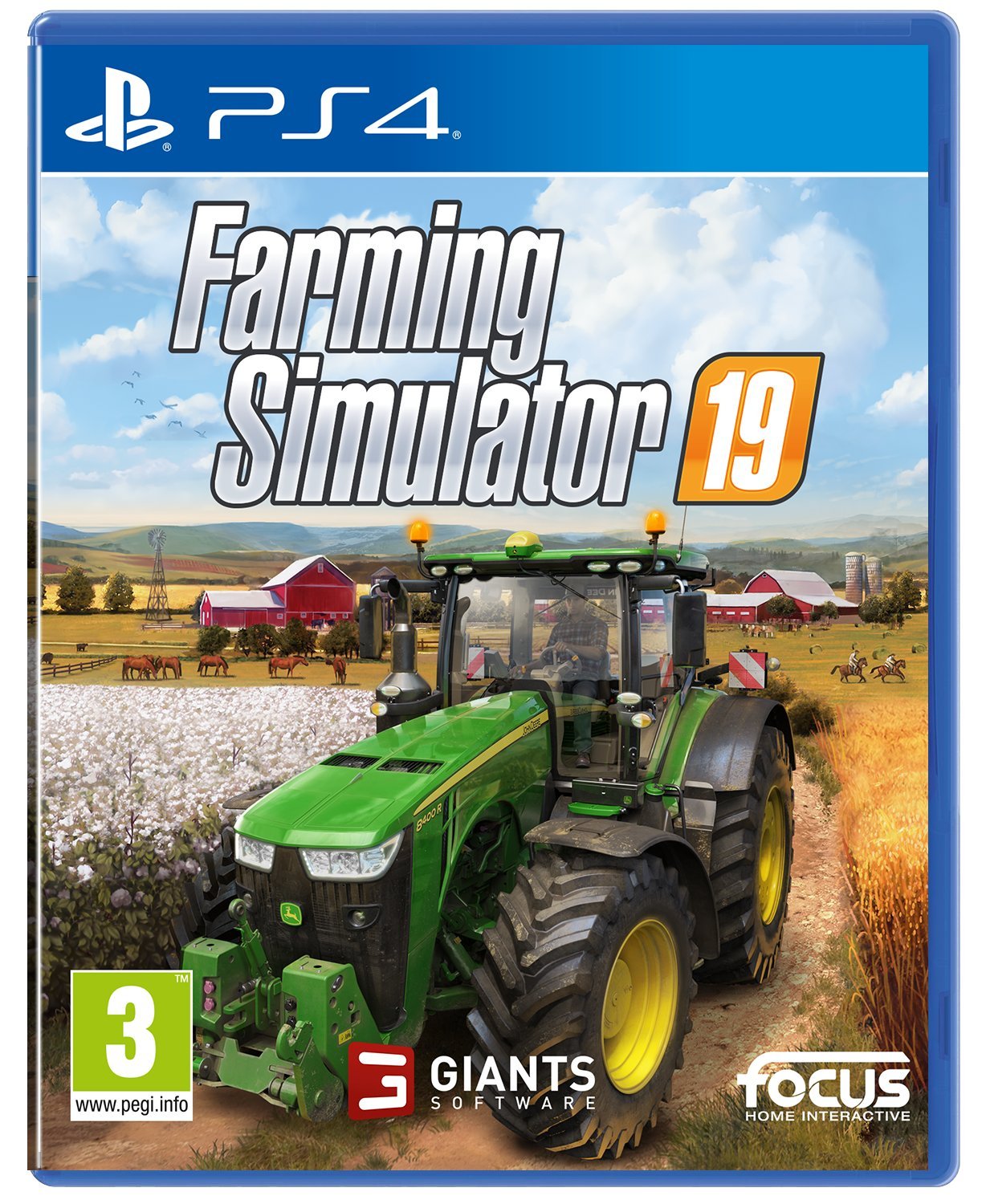 Platform:PlayStation 4 Edition:Standard Edition The Farming Simulator Franchise! After enthralling millions of players worldwide, and with nearly 10 million copies sold for the franchise, the premiere agriculture series is back with Farming Simulator 19, releasing simultaneously on PlayStation 4, Xbox One, and PC/Mac. Farming Simulator 19 is the deepest, most complete Farming Simulator ever as it takes a giant leap forward with a complete overhaul of the graphics engine, providing the most striking and immersive visuals to date. A global hitboth in stores and on digital platforms, the Farming Simulator series owes its success to the immersive, unique, and accessible experience created by GIANTS Software. As a popular and universal setting, farming appeals to players of all ages - kids, families, casual gamers, farmers, and the hardcore alike. Farm Like Never Before In Solo Or With Your Friends! The ultimate farming simulation returns with a complete graphics overhaul and the most complete farming experience ever! Become a modern farmer and develop your farm on two huge American and European environments, ﬁlled with exciting new farming activities, crops to harvest and animals to tend to. Drive over 300 authentic vehicles and machines from all the leading brands, now including John Deere - but also Case IH, New Holland, Challenger, Fendt, Massey Ferguson, Valtra, Krone, Deutz-Fahr, and many more. Grow your farm online with other players and download community created mods for an ever-expanding Farming Simulator experience! Box Contains ------------ Game, manual
Show More
Reviews