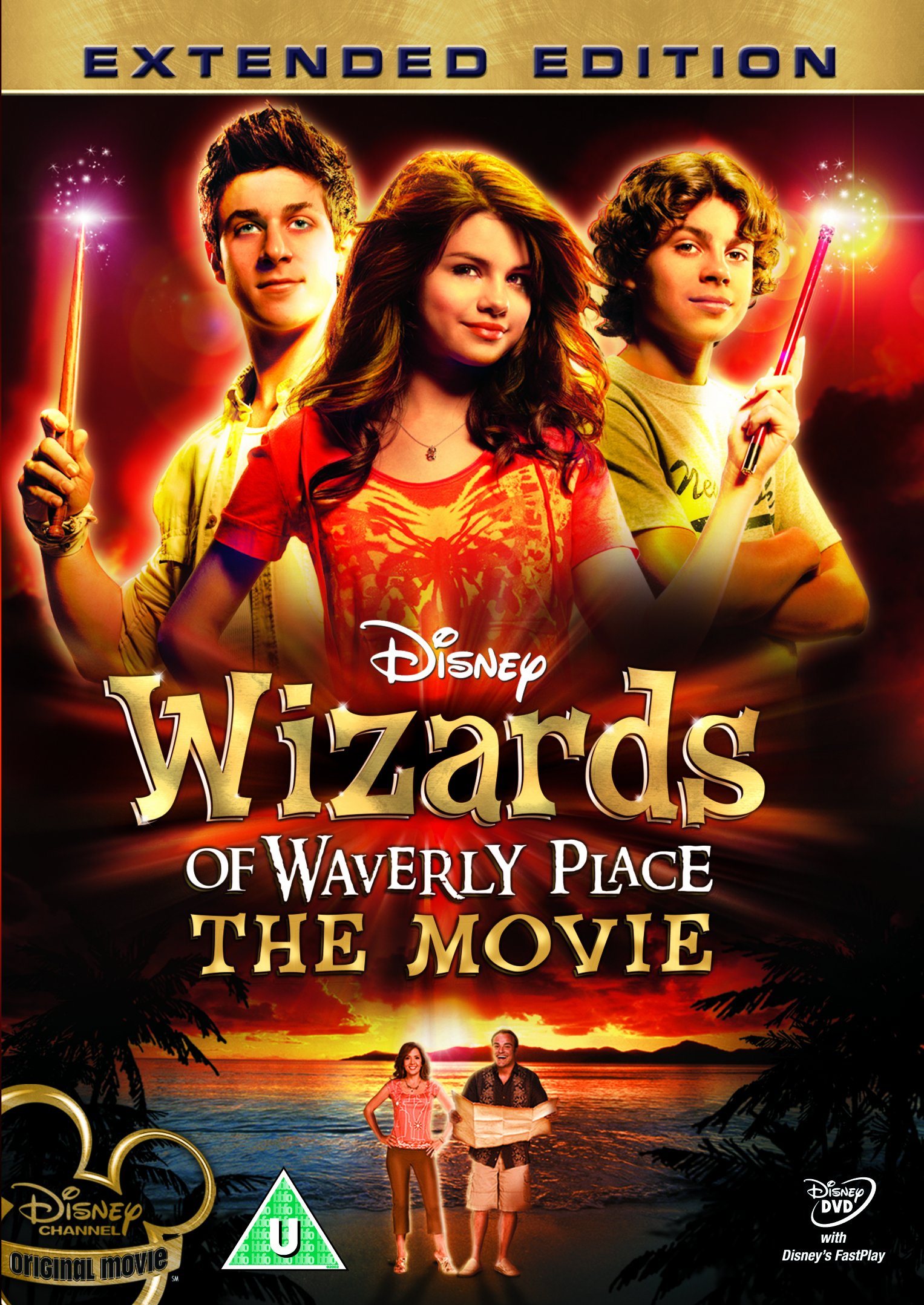 The last thing teen wizard Alex wants to do is go on a family vacation. Her parents (Maria and Jerry) insist that she come along and while on vacation, a frustrated Alex wishes that her parents had never met. When Alex's wish comes true and Maria and Jerry have no memory of their marriage and family, she and her brothers (Justin and Max) realize that they will cease to exist unless they can undo the spell. While Max baby sits their quarreling parents, Alex and Justin set off on a quest for a magical stone that pits sister and brother against each other in a battle between the young wizards. DVD Special Features Wizards on Location: Flick Pix Magic Go behind the scenes on location with your favorite TV wizards, Selena, David and Jake on a photo adventure in Puerto Rico. Each character shares his or her personal "iPhoto" album (stills made Out of B-Roll footage, which "Magically" comes to life) so you get three behind-the-scenes tours. Selena introduces the costume designer and shows off her wardrobe as well as having fun playing with the magic parrot, Giselle, and performing a rock stunt. Jake introduces his favorite AD named Jesus, "Directs" the Director in a hilarious improv, and windsurfs, plays golf and also soccer. David introduces the prop master, shows us some special magic props and does a windsurfing and rock stunt. They’ll show us all the fun behind-the-scenes moments that went into making the Puerto Rico wizards shoot magical. From .co.uk ----------- The Disney series Wizards of Waverly Place has spawned its first full-length movie, and the film is full of out-of-control magic, teenage angst, and challenging family dynamics. Alex has never lacked attitude, but when she disobeys her mother, almost wrecks the diner, and risks the lives of herself and her friend Harper, her feistiness lands her in the middle of a magic-free Caribbean family vacation in which her attitude may just spoil the trip for everyone. Unbeknownst to their parents, Alex smuggled the forbidden book of spells into her luggage, and even the perfect Justin was unable to resist bringing along the family's all-powerful magic wand. After days of turning up her nose at her parent's romantic reminiscing and complaining throughout every family activity, Alex shouts out an impulsive wish that her parents had never met one another. The problem is, Alex is holding the family magic wand when she makes the wish and it instantly comes true. As Alex, Justin, and brother Max begin to realize the dire implications of their new situation, they try every spell they can think of to reverse the wish. When nothing works, they look to a street magician and his bird to help them find the stone of dreams, an important wizard artifact that possesses unlimited power. Their quest is filled with peril, but as Justin and Alex make their way through each challenge, they begin to realize how much they need one another and how important family really is. In the end, Alex and Justin are forced to compete against one another in a life-changing battle from which only one sibling can emerge victorious--the question is, even if one of them wins, will the family still lose? Also included on the DVD is a 10-minute bonus feature highlighting on-location fun and photography in Puerto Rico along with some of the cast members' favorite stunts, effects, costumes, and props. (Ages 7 and older) --Tami Horiuchi
Show More
Reviews